Where will they take me? 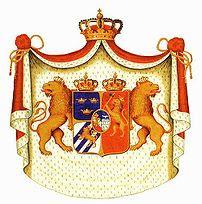 Image via WikipediaMost of my ancestors came to North America from Europe in the 18th century. By comparison, my wife's family arrived much later. Her grandparents migrated from Poland, and from Sweden and Norway. Since the connection to these places is still "fresh," we intend to take a trip and see some of the places I've uncovered in researching her family tree.

The Polish ancestors have been a bit difficult to trace. If there is any advice I can give about family history, it is to try to drag the stories from your older family members before they pass. Once they are gone, the stories are gone with them, as is a wealth of knowledge locked in their heads. In Nancy's case, her Polish grandparents were already dead by the time I started my research, and getting information (especially documentation) from her parents' generation has been difficult. We knew the general area of Poland, but localization was a challenge.

Poland has an interesting history. While there have been ethnic Polish people for many contiguous years, the country of Poland been in and out of nationhood, and the land has been ruled by Austria, Germany, Lithuania, Russia, and even Sweden at one time. You can imagine what that does to written history and recordkeeping. Through documents like Church records and Military records, we were finally able to identify the ancestral villages of her grandparents. One is a town called Krusza in Northeastern Poland near Turosl. The other is the small villiage of Kalety, ethnically Polish but located in the extreme northwest corner of the Republic of Belarus, near the border of present day Poland and the town of Sejny. This area had a large Jewish population at one time, and we often wonder if the family had a Jewish connection.

We would like to visit Poland, and see Krusza, at least, in addition to doing the touristy things in Warsaw and Krakow... and maybe extend this to some of the other former Eastern Bloc countries... particularly the Czech Republic and Hungary. Getting to Belarus may be a bit more of a challenge, considering the current political climate.

Finding points of origin in Scandinavia, on the other hand, was much easier. Thanks mostly to the meticulous recordkeeping of the Lutheran Church, we were able to trace ancestors back to Swedish and Norwegian farms in the seventeenth century. We have a list of places to visit in Kalmar in southern Sweden, Vännäs in north central Sweden, and Telemark in Norway. Though Telemark is in southern Norway, I've always had the dream of taking the Norwegian Coastal Steamer (hurtigruten) along the coast to the northern tip of Norway. Perhaps we can see some of Denmark and Finland as well.

Posted by bakagaijin at 7:40 AM

Wow, pretty great information. How can I find that RSS?